As the energy world grapples with oncoming climate change legislation, a rapidly increasing number of utilities worldwide are attempting to successfully integrate renewables into their energy portfolios. This change, albeit welcome, comes with a number of inevitable challenges, including baseload renewables.

Power plants are expected to consistently generate baseload electricity in order to meet energy demands. Any lower amount can result in blackouts and incurring additional costs

from purchasing electricity from other electric grids.

So how can intermittent sources of renewable energy successfully and consistently produce baseload electricity?

now than ever before, particularly with advancements in compressed air energy storage technologies that can be implemented within an existing plant in 2 years.

But first, let’s set the stage with why non-renewable baseload energy is an issue.

The Issue With Non-Renewable Baseload Energy 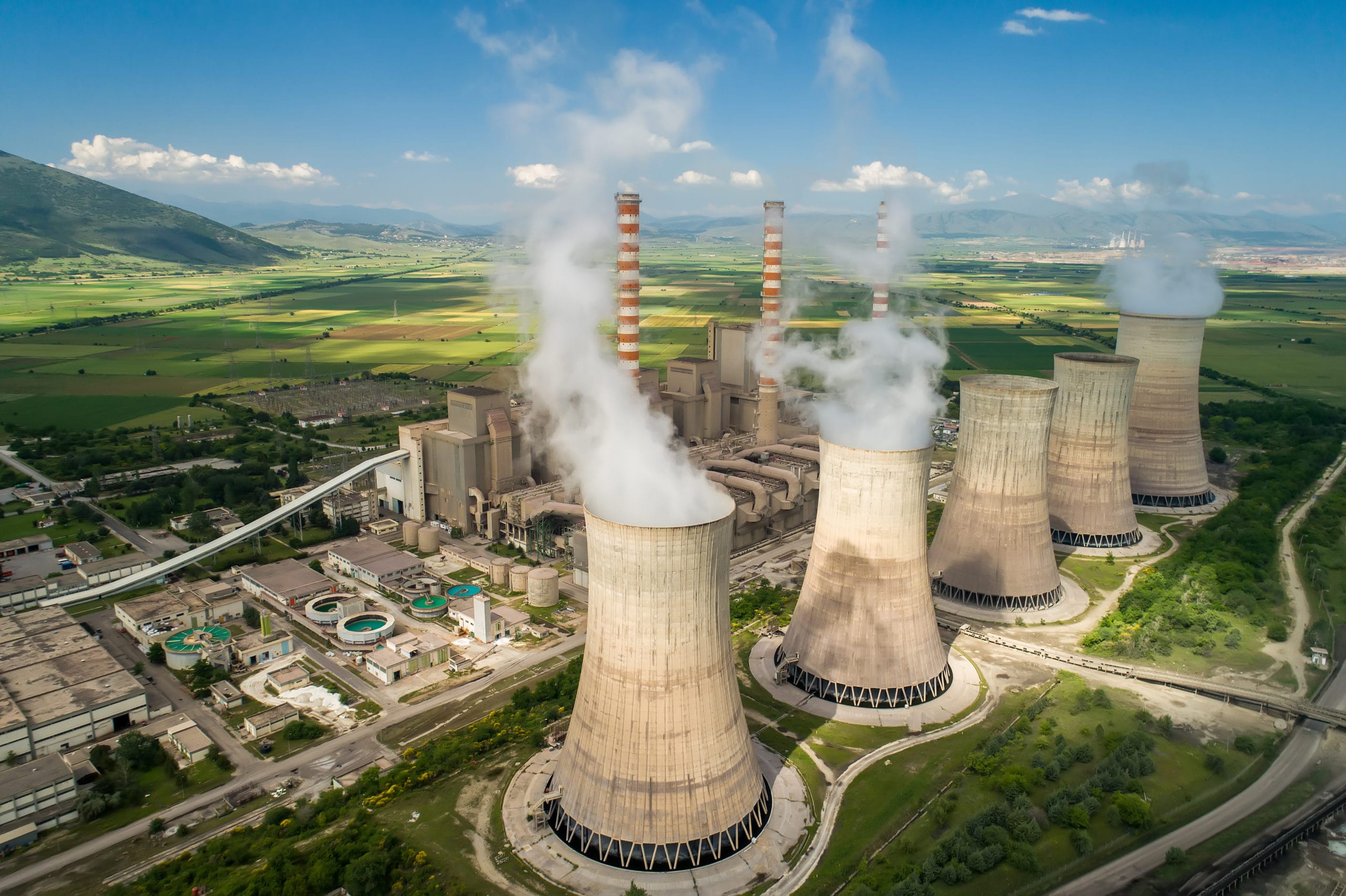 The term “baseload” is often misunderstood, as the term has historically referred to energy-producing resources, such as coal, that provided low-cost electricity to meet expected minimum energy levels. This requires coal and gas to be heated throughout the night in order to meet the required energy threshold.

Typically, these are believed to be the limitations of the different types of energy (baseload, intermediate peaking, & fast peaking):

However, the above are not – in fact – the only effective sources of baseload.

The issue is that coal, natural gas, and nuclear energy are incapable of ramping output down on short notice, resulting in a preponderance of energy when it is not required. When baseload from these sources is higher than actual energy demand, energy is wasted.

The Myth About Baseload Renewable Energy

Renewable energy baseload is even more misunderstood. There is a prevalent myth that renewables cannot provide baseload, as the sun is not always shining and the wind is not always blowing.

This myth is simply not true, as multiple studies have shown that renewable energy can power entire electrical grids.

This study from ECOFS details how renewable energy could be used for effective energy production over time:

But, how can power plants achieve baseload renewable energy?

Renewable energy is susceptible to some volatility, as the energy-producing structures are at the whims of nature.

However, power plants can reduce instability by storing off-peak renewable energy in batteries or in highly flexible compressed air energy storage, resulting in clean energy generation on-demand and a stable grid. Flexibility is the key to achieving baseload renewable energy. 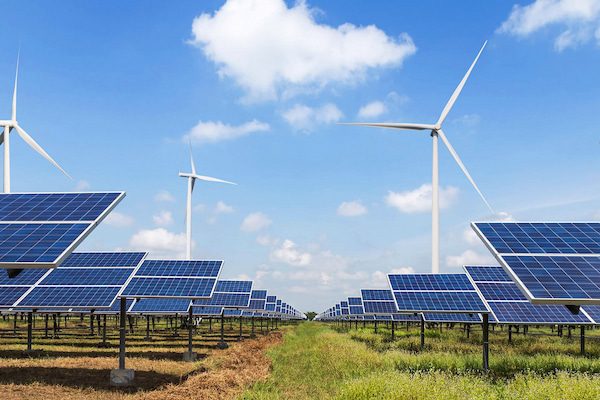 However, in a recent article comparing CAES vs. BESS, we uncovered that despite aggressive government incentives to invest in battery storage energy systems, they are still not a feasible solution for many power plants due to the excessive overhead and replacement costs associated with them, not to mention the disposal conundrum.

Utilities and power plants have often experimented with multiple forms of energy storage, but have not been able to achieve a rate at which baseload renewables are possible.

However, now, in just two years, baseload renewables are within reach with above-ground CAES.

Compressed air energy storage (CAES) technology is transforming the landscape around baseload energy. The idea to use compressed air as a potential storage solution for power plants has been around for decades, but recent advances in technology have made this idea possible for many power plants.

The logic behind compressed air renewable energy storage is simple: excess clean energy powers an air compressor to store compressed air in the appropriate CAES system, which can then be deployed on demand to power a turbine. The heat from the air can also help accelerate the turbine process. 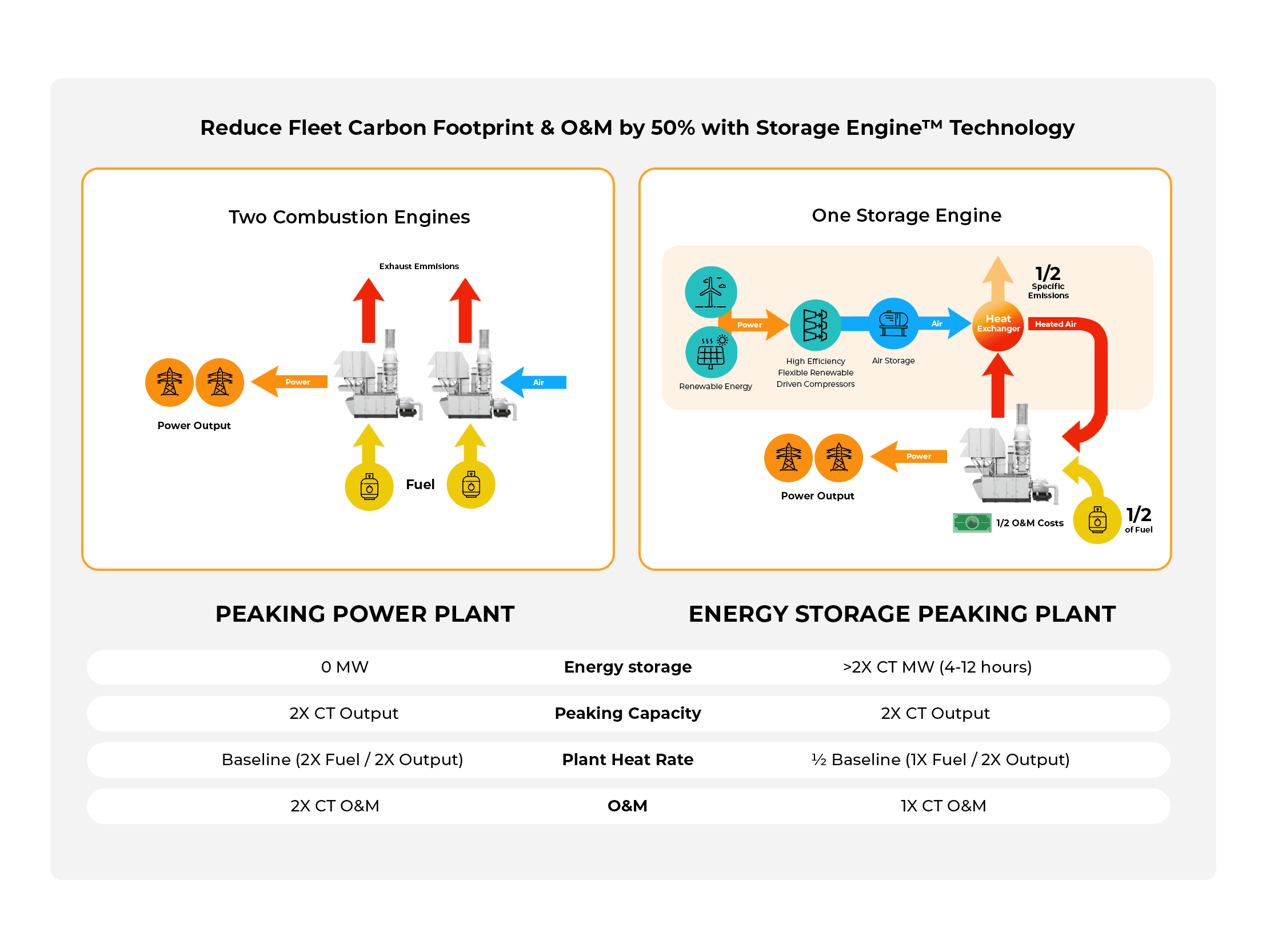 The FastLight CAES system can be implemented into an existing combined-cycle power plant in just under two years, allowing plants to achieve renewable baseload power once fully installed.

Electrical grids can harness the power of this technology in order to reduce the amount of wasted energy and lower costs per kWh.

As utilities expand their renewable generation, they must prepare themselves for a renewable baseload future.

Surplus renewable generation can be stored by the FastLight Compressed Air Energy Storage for later use during on-peak hours.

Not only does it result in a more efficient power grid, but also hundreds of millions per year in ratepayer savings and significant reductions in CO2 emissions, which are all desirable benefits to utilities, ratepayers and the environment.